First Kick Off Meeting of the Transfer Network, Volunteering City – Promoting Social Integration and Coherence between Generations in Cities through Volunteerism, leaded by the Athienou Municipality.

The Network was approved under the European URBACT Program, for the Transfer of the Good Practice for Volunteerism and is co-funded by the European Regional Development Fund.

The URBACT Monitoring Committee on April 4, 2018 approved 25 Good Practice Transfer Networks, which are attended by 20 European countries. From Cyprus submitted a proposal only the Municipality of Athienou, which was approved.

On April 16 and 17, 2018, the first kick-off meeting of all approved Transfer Networks was held in Paris, together with the authorized Lead Expert of each Transfer Network, funded directly by URBACT, with the aim to start work, develop a common understanding of how to promote the transfer of Good Practices, define the methodology and promote network expansion in up to 8 European partners, set up Local Action Groups and others.

The Municipality of Athienou will seek the best possible implementation of its proposal by promoting the objectives of the Good Practice Transfer Network for pan-European transfer and the promotion of volunteering, so that, with its approved Good Practice, which comes out through the 4 voluntary programs implemented in the Municipality for children, the elderly and those in need, to promote social inclusion and cohesion and fight against poverty. 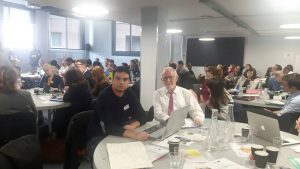 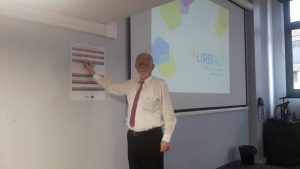 GREAT SUCCESS OF ATHIENOU MUNICIPALITY – APPROVAL OF THE PROPOSAL AS A...