The 4th meeting of the European Project YOUROPE took place on 11 and 12 June 2019 in the city of Noto, Sicily, Italy, in the context of the “Europe for Citizens” initiative, in which the Municipality of Athienou is participating as a partner. YOUROPE is a network of 8 European cities that focus on young people and their role in the present and the future of Europe. The aim is to contribute to the fight against Eurosceptic rhetoric by encouraging participants to engage in dialogue and work out an inclusive rhetoric at local level. The main actors are young people from each region who work with experts (eg academics, journalists, etc.) to learn about media communication strategies, EU policies and strategies and the free expression of their views, in order to achieve great impact at local and regional level, making the new European ambassadors in their own city.

The Municipality of Athienou at the meeting, which took place with great success, was represented by the President of the Municipal Youth Council Mr. Dimitris Ierodiakonou and the Municipal Councilor Mr. Petros Kolias.

The meeting was attended by representatives of cities or institutions from Noto – Sicily, Italy, which hosted it, Warsaw – Poland, Ljubljana – Slovenia, Agia – Greece, Sofia – Bulgaria, Brussels – Belgium and Athienou Municipality. During the meeting were done creative workshops and presentations-debates on how Europe addresses the challenges of the EU, actions among the participants for positive rhetoric towards Europe, planning of the next meetings and network actions, and much more. 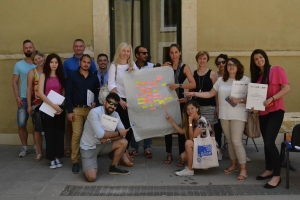 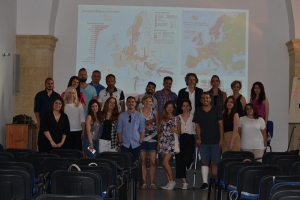